Nivea War of the Clubs Campaign 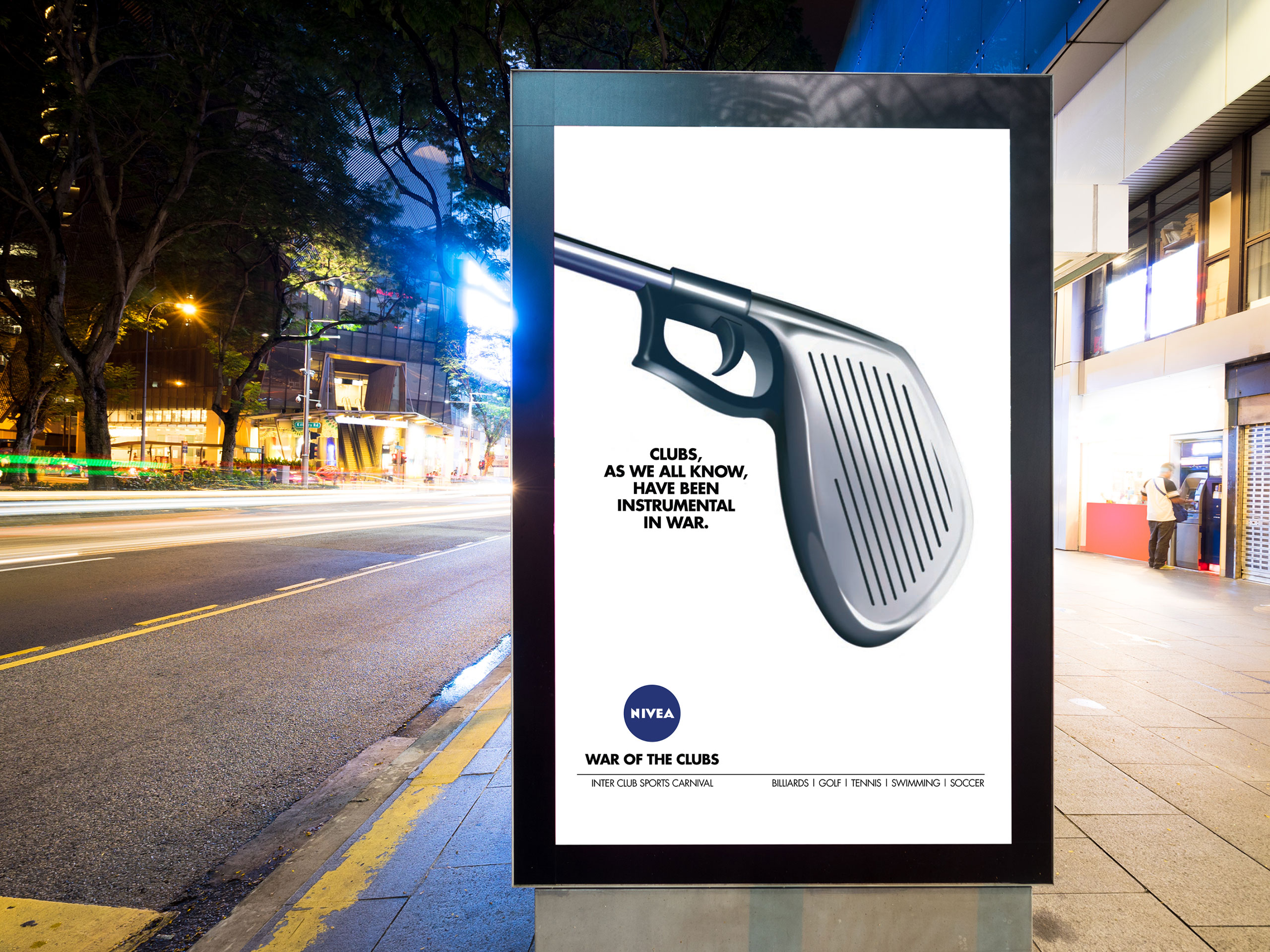 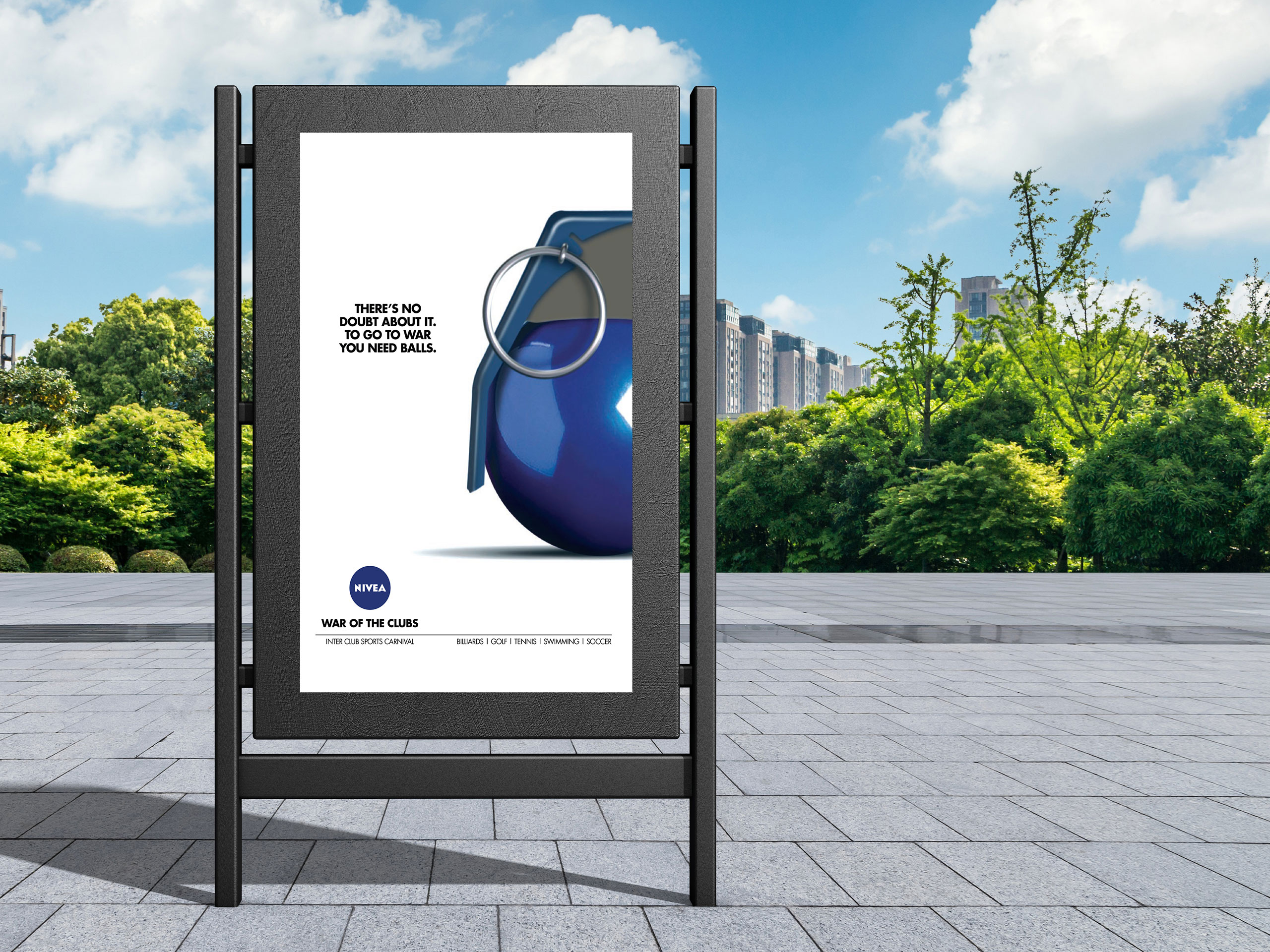 War of the Worlds Billboard – Billiards 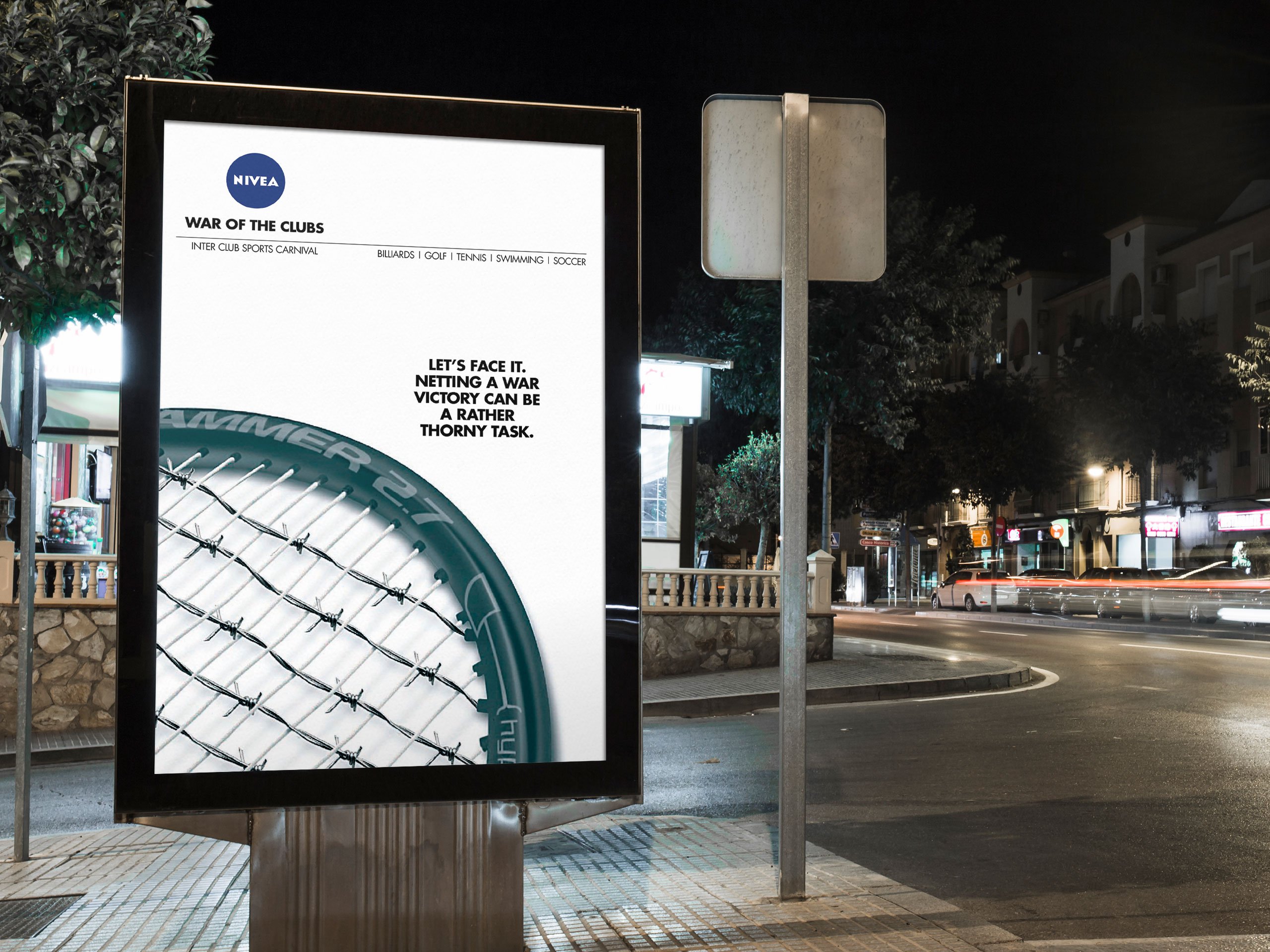 The challenge:
Saturday Club, one of Calcutta’s Premier Clubs, came to us to develop communication to promote their Intra-Club Sports Carnival, consisting of a few competitive sports. They wanted it to create massive hype and stir the community with this campaign, because club memberships were at their lowest in many years.

The insight:
We took the opportunity to develop a campaign that spoke to the political state at that time, which was the Gulf War.

The idea:
We developed a campaign that delivered the tag line of ‘War of the Clubs’ and visually used the Golf Stick as a Gun, the Tennis Racket String as Barbed Wire and a Snooker Ball as a Grenade, with clever and bold headlines, which gained a lot of traction and media coverage.

The result:
Winner of a FEMA award for Best Ad Campaign.